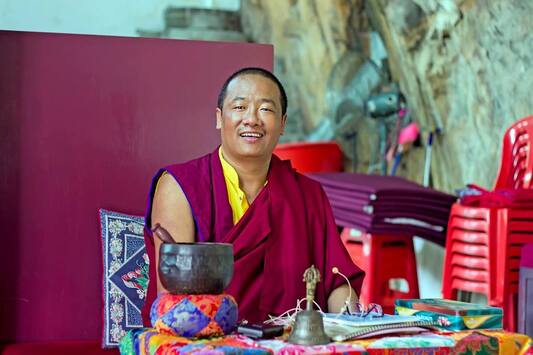 Acharya Lama Karma Sangye Sherpa
​FOUNDER / PRESIDENT
Acharya Lama Karma Sangye Sherpa was born and raised in the small village of Narayanthan. He entered Thrangu Monastery in 1992.   He   studied reading, writing, grammar, poetry, memorizing   Buddhist   root text and ritual performance. Finally he completed his graduate   degree on Buddhist   Philosophy and     Science in  2002.
Acharya Lama Karma Sangye became a very young monk. He studied "The Way of the Bodhisattva," Madyamika, Pranja-Paramita, Vinaya, Abhidharma, Pramana, Tibetan Grammar, and poetry with tremendous diligence in Shedra for seven years.
After completing his studies, he began teaching Buddhist Philosophy to students and monks at the Sri Mangal Dvip school for a few years. After this period he spent four years in retreat, where he performed the Ngondro (preliminary practices), the Guru Yogas of Marpa, Milarepa, Gampopa, Karma Pakshi, Mahamudra, Vajrayogini, Chakrasamvara, Jinasagra, Kalachakra and the six Yogas of Naropa .
As a result of this vast study and experience, his Root Master, Venerable Tranghu Rinpoche, named Acharya Lama Karma Sangye as responsible for the Center of Thrangu Rinpoche in Ipho - Malaysia, where he guides a group of students.  At the present moment, Acharya Lama Karma Sangye is   the   resident Lama at Thrangu Retreat Center in Ipoh, Malaysia. 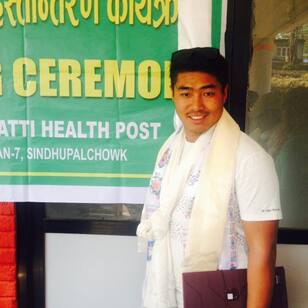 SECRETARY
Mingmar Sherpa
He is from Narayanthan. He was admitted to SMD boarding school when he was eight. In SMD school kids are given a chance to learn their own language and culture, and where they have a chance to learn Buddhist philosophy and practice. He is social worker and was involved in many social activities. He have taught basis English classes to the child monks of the Kunda Monastery.He have worked as a volunteer teacher in SMD school for 2 years and where he was also the office assistant of the director and vice principal for five months. After the massive earthquake in 2015, he was strong involved to facilitating aids and reconstruction work in his village. Recently he have successfully built health post in his village with the help of Hoffmann family. It was supported and funded by them and where he was in charge of the whole project. Now he is Secretary and Board Member of Nepal Buddhist Education and Meditation Centre which was funded by Acharya Lama Sangye.

BOARD OF INTERNATIONAL ADVISORS 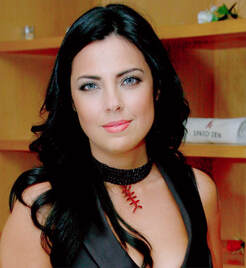 ​ Sónia Gomes
Marketing and Communication PHD, is also the founder, CEO &  Owner of Spaso Zen Wellness Centers in Portugal.
Her interest lies in female empowerment, health and education, gender discrimination and the role of female in     Buddhism.
Invited to participate  and present Academic papers as a speaker  at the  Nalanda     Internacional Conference  and in   the Bodh Gaya Global   Dialogues (BGGD)   and in  Second Vajrayāna Conference. Received the Global Youth Leadership Award 2019 in Entrepreneurship category in April 2019.
Also International Advisor at Nepalese NGO: Lotus Heart since February 2018.
Advisor in Sangakhaya Foundation in India since July 2020 and co-founder of Sattvah Project in 2020 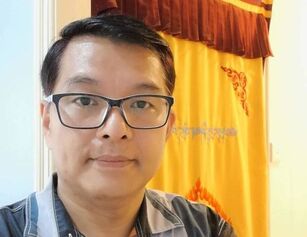 ​Law Kee Hua
Known within Malaysia and internationally for his professional services to the Buddha Sasana. His efforts in the promotion of religious knowledge, professional management of centers and public relation amongst Asians are highly commendable. He was a professional photographer to the Heads of Sarawak government in 1987 before obtained his Bachelor degree in Mass Communication from University of Windsor, Canada in 1991. He then became Personal Coach and Advisor to leaders in North America and Asia pacific regions. Later he was hired by Singapore National TV as Director Producer before setting up own business back at home. With his IT knowledge, leadership coaching experience and personal compassion in Buddhism, he surely   can provide great services to our center.